The last several years have been a rollercoaster for the media industry. The 2020 pandemic lockdowns led consumers to shift from spending on experiences outside of their houses to spending money predominantly on at-home entertainment. That said, the trend quickly reversed when the economy reopened, as consumers started spending less time at home and began consuming media and entertainment at theaters and live venues again. Some believe that we are now in another recessionary period for the media sector, given that inflation levels are at record highs and consumers have reduced their discretionary spending.

Media companies’ top-line revenue is decreasing as consumer habits shift, while bottom-line costs are increasing based on content costs.

Companies are dependent on advertising for a substantial portion of their revenue. For example, large TV conglomerates depend on ads for 30% to 40% of their revenues, making them highly vulnerable in an economic recession. Typically, advertising spending is one of the first things that companies reduce during downturns; however, this year may still have some increase in ad spend due to the upcoming political campaigns for the midterm elections. That said, media companies are battling a content war, with high competition and the continuous need for new, high-quality entertainment which is accompanied by significant costs. 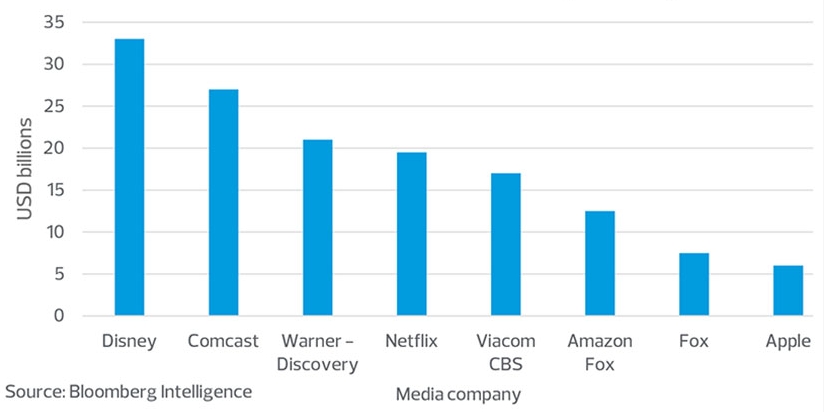 From a consumer angle, inflation is hurting discretionary spending; consumers have less to spend on entertainment since the cost of necessities is increasing. As people assess their budgets, some consumers are reducing the number of services they are subscribed to, causing higher churn for the companies.

Other media industry challenges include saturation and customer churn

Saturation in the media industry is making it harder for companies to grow user counts, especially in the streaming sector which is also being affected by inflation. As consumer spending gets squeezed by inflation, streaming subscribers are becoming more and more fickle. Consumers are faced with more platform choices than ever and are making more deliberate decisions to cancel existing subscriptions when they start new ones. This means subscription platforms need to plan for increased customer churn and lower retention.

This article was written by Justin Krieger and originally appeared on 2022-09-26.
2022 RSM US LLP. All rights reserved.
https://rsmus.com/insights/industries/media-entertainment/economic-headwinds-media-and-entertainment.html